The first thing that I tell patients about breast reduction surgery is that is it a life changing operation. It is relatively rare that you do one thing in a few hours that impacts your world in so many ways. But while most women realize that a breast reduction can make your breasts smaller and lighter, they may not know how many other aspects of your body and world can be affected by this change. And they definitely do not realize to what degree your weight and overall health are usually impacted.

When patients ask me what size their breasts should be, I hesitate to answer. For one, every body is different, and I am a big believer in proportions. A slim woman who is very tall and has wide shoulders may be able to carry a larger size, while a narrower woman with small hips may be better off with smaller breasts. One thing is for sure: they were not handed out evenly, and most of us are on one side or the other of the breast proportion spectrum.

One of the complaints I get from my breast reduction patients preoperatively is that they “can’t buy clothing.” They might be a size 4 in pants but an 8 in tops, so what happens when they want to buy a dress in one piece? Or, could you imagine, a bathing suit? It becomes almost impossible. What is worse is that wearing something too small on big breasts can look unprofessional or unattractive, so the default usually falls to the larger size- which can then look frumpy. When the rest of your body is small and only the breasts are large, that larger size doesn’t fit you right anywhere, and you start looking like you are wearing someone else’s clothing. Downsizing to the right one resumes that proportionality, instead of having your entire wardrobe dictated by something that only represents 10% of your entire person.

Even if you are not wearing clothing two sizes too big, very large breasts have the effect of making you look heavier than you are. Whether standing still, walking around, or sitting across a table or desk from someone, you will seem heavier than the scale suggests. Bringing that size into range of the rest of you allows the overall impression to be more accurate. In the end, most patients who get a sizeable reduction can look like they lost 20 pounds without having done anything at all. This is similar to the effect of removing a double chin through liposuction. A small patch of fat in the wrong place can suggest something very different about the rest of you, and an oversized top half can be even more extreme.

Whether large or small, breasts that sag suggest older age. Gravity being what it is, the larger the breast, the more likely it is to hang low. When performing a breast reduction, the goal is to minimize size but also maximize lift, which has the side effect of rejuvenating that entire area. Once reduced, the shape of the breast must then be rearranged, and this is the perfect opportunity to create something perky and light. Nipple position is a critical component of the operation, and the nipple is almost always raised back to its ideal aesthetic location. Finally, when moving the nipple, the areolar is generally resized and also reshaped, leaving the door open for a little artistic license and customization. This is where the design aspect comes into play; and in the right hands, it completes the cosmetic renewal. Can you say “mono-kini?”

One of the things that is most difficult for people who do not have large breasts to understand is that the larger the breast, the less likely it is for the breast to be in the right place. Large breasts tend to pull on the skin and the ligaments, ending up hanging rather than sitting up in place. The more breast tissue there is, and the heavier it is, the more likely it is to hang down low. As it pulls, the volume that once was in the upper part of the breast falls below the fold, and you can eventually end up with most of the breast on the belly rather than the chest.

When performing a breast reduction, it is important to recognize that the breast tissue has fallen below where it belongs. The goal is not to just remove some tissue and pull the rest up by the skin. Skin has no inherent structure, and it will just fall back down again in time. Plus, if the skin falls after the nipple has been moved, you can get a “bottoming out,” where the nipple is up and the breast is down, looking as backwards as it sounds.

For a breast reduction to be successful, the tissue that is left behind must literally be relocated to the upper portion of the trunk, and the cleavage line reclaimed. It may seem counterintuitive but the bigger the reduction, the more likely you are to grow your cleavage line by having the surgery performed. This involves a certain amount of redesigning and a clear 3D perspective on anatomy, but when properly executed, it leads to a remarkable transformation- and often a bra-optional lifestyle to boot.

Most of my breast reduction patients complain that they try everything but cannot lose weight. As you can imagine, if you had two 10 lb. weights around your neck, it would be hard for you to exercise too! For these women, simple things like going for a jog seem prohibitive. I hear stories all the time about women who wear two and three bras at a time while going for a run, because they can’t contain their chest in any meaningful way. Getting a breast reduction when you need one can change all of that.

On average, a breast reduction patient in my practice will lose anywhere from ten to twenty pounds in the first six months after surgery. This is because she can actually exercise now. This is also because she can see her body, and the apparent weight loss from the surgery itself gives her a first look at what could be if she keeps that train going. For women who have been struggling with their weight, this can be a first step to a lighter life; but most importantly, it is a springboard to the final benefit: a complete change in lifestyle.

A few years ago, one of my breast reduction patients told me that when she went home after surgery, her son was shocked to see that “Mommy, you grew!” She obviously had not gotten taller, but she was standing up straight for the first time in years. She was also walking differently, because she now had breasts that were not only proportional and lighter, but more symmetrical. For decades, she had had one much larger than the other, and it pulled her not only down, but to the side. She had the deep shoulder trenches from orthopedic brassieres, dents in her chest from industrial strength underwire, too-big-tops, and a hunched neck that required daily pain medication. Not fun.

After her surgery, this lovely woman suddenly walked tall, straightened out, and started a new workout regimen. She got so much healthier that her early high blood pressure went away and she no longer needed medication. The back pain also resolved and she no longer needed pain medication either. And she was finally able to buy clothing that fit, which meant that she could shop anywhere and benefit from sales. Huge amounts of money saved. It was a total life transformation.

Other Things to Know

Breast reduction is sometimes covered by insurance, depending on your plan and whether or not you meet the criteria. It is usually an outpatient procedure, with a well tolerated recovery. Most patients who were trying to lose weight prior to their reduction will have an easier time meeting those goals after the fact.

While many plastic surgery patients are happy with their results and feel that it was worth the effort, women who have had breast reduction surgery are among the most satisfied. From weight loss to body rejuvenation to saving tons of money on bras and bikinis, the overall effect is generally transformative in every way. Happy is the woman who can wake up pain-free, go for a jog, and then throw on a summer dress without a bra and get on with her day. This brings new meaning to the concept of women’s liberation. Be free, ladies, and thrive. 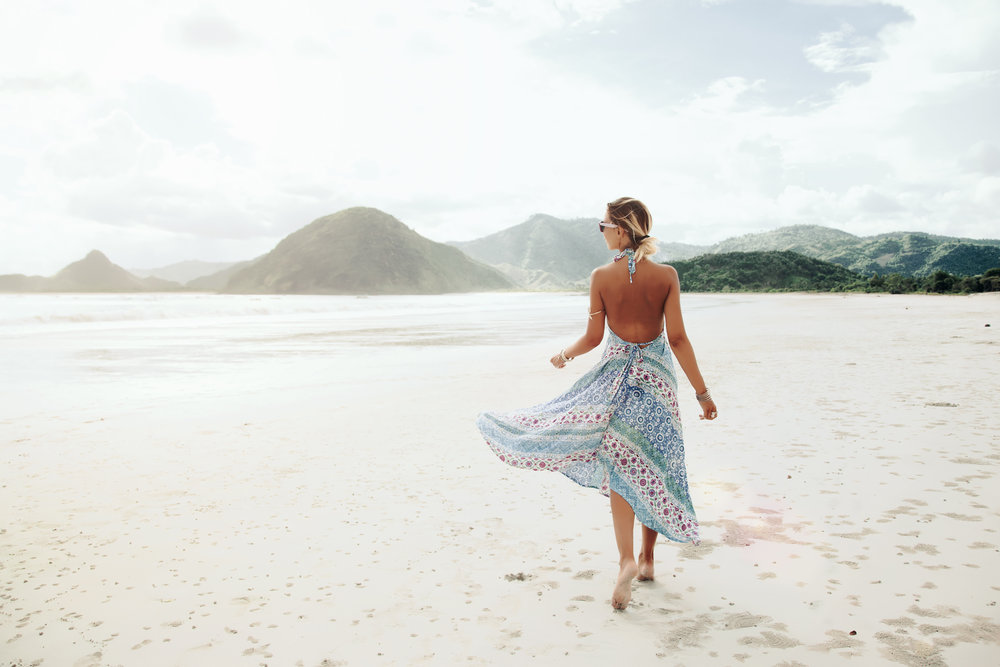